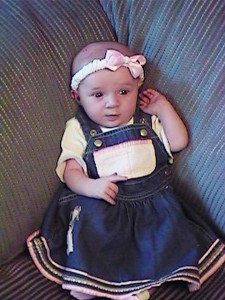 When the American Water Works Association asked Carolyn Quigley about doing a feature on her non-profit organization Tender Heartbeats, she wasn’t sure why.

Four years earlier, AWWA recognized Quigley, an administrative assistant in the Central Utah Water Conservancy District’s engineering department, at its Intermountain Section conference for providing Utah’s elementary schools with automated external defibrillators. She hadn’t read the letter yet that announced she was again being honored, this time with the Distinguished Public Service Award at its upcoming national conference in Las Vegas.

“I am overwhelmed,” Quigley said, who was moved to help families of children with congenital heart defects after losing her daughter Hope 17 years ago to CHD. Doctors discovered Hope’s undersized left ventricle during the pregnancy, and she underwent open heart surgery within 24 hours of her birth. But she faced many challenges – in addition to her heart defects, she didn’t have a spleen, impairing her immune system – and four and a half months later, she passed away. 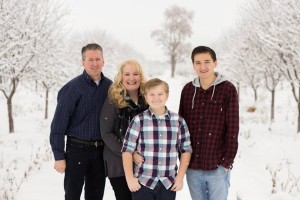 Quigley held back from doing anything for a few years following Hope’s death, with her husband Scott enjoying their two new sons, Nathan and Cole. Then, working with the CHD Awareness Quilt Project, she realized the need for families touched by congenital heart disease to connect with each other, long before social media made it easy. As founding president of Intermountain Healing Hearts, she again saw a need yet again, and with four other Heart Moms, she founded Tender Heartbeats in 2013.

After learning that one of the Heart Moms was only alive because her father took immediate action when she was in sixth grade to save her life, things really started falling into place. “It became our passion,” she said. “I feel guilty because, as my sons are getting older, I’m being drawn to their activities. But we’re still raising awareness for the need for AEDs, for the children and adults in the schools who are dealing with a CHD and also those who go undiagnosed.”

The AWWA award is given for distinguished public service outside the line of duty by an AWWA member. It honors her service to the community and families that have children with congenital heart defects, and Quigley sees the Las Vegas conference as still another opportunity to spread the word on a condition that affects one in every 100 babies born.

“Technology has come so far; we were the pioneers in this and now others have options because of what we learned,” she said. “What an amazing legacy! I’ve gotten 10 times back of all I’ve given into this.”

To learn more about Tender Heartbeats, go to the website Tenderbeats.org.