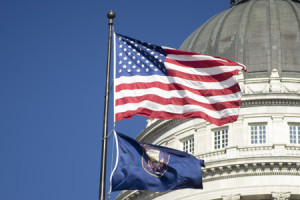 At the start of the 2017 General Session of the Utah State Legislature, it looked as if a lot of emphasis would be placed on Utah’s special districts. The interest could have brought wholesale changes to the way they conduct business.

“But at the end of the day, for the water community, it was a good season with good interaction,” said CUWCD Assistant General Manager Christine Finlinson. “I feel really good about it.”

The session proved to be one for the record books: An unprecedented 1,272 bills came under review. Representatives from the Utah Association of Special Districts and friends of districts throughout the state monitored activity at the Capitol and kept legislators informed on the latest developments.

As the session moved toward its close March 9, lawmakers introduced additional legislation including two bills that have some in the industry “up in arms,” Finlinson said. Another proposal, Senate Bill 94 from Sen. Lincoln Fillmore, ended up being replaced by a substitute bill that addressed concerns raised by Utah’s special districts. It struck a mutually agreeable balance.

Keep watch on our CUWCD social media channels for more to come on S.J.R. 11. It ends the legislative season on a high note.