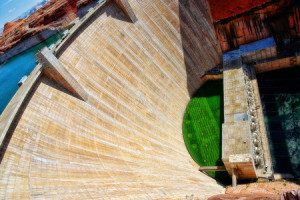 Here are three ways hydropower is making an impact on Utah and the country as a whole:

The United States House of Representatives’ Committee on Natural Resources states that hydropower is a clean and renewable energy source. However, there are other considerations that are part of this larger conversation. For example, the environmental impact it has on dams and fisheries.

Still, hydropower is going to be one of the main ways we meet our future energy needs, which grow significantly each year. Today, hydropower actually accounts for about 75% of the country’s total renewable electricity generation, which means it is the main source of renewable energy. There’s still a lot of room for growth, though, since we are only currently using about 3% of the existing dams in the US to generate electricity.

Hydropower is used alongside wind and solar power so that these other energy sources can be quickly and easily controlled. Hydropower output can easily be turned up or down to help balance electrical grids or as sunshine and wind levels fluctuate, making these alternative energy sources even more convenient and accessible as a long term solution.

Another great perk of hydropower is that it’s 100% domestic. We are relying on water from our own sources to create power, which means any potential foreign conflicts will not impact our ability to produce energy. Additionally, we’re not at the mercy of international transportation issues or possible labor strikes that we are unable to control.

Do you have questions about hydropower? We would love to chat more about it over on our LinkedIn or Facebook page!