One fish species recently made history in Utah 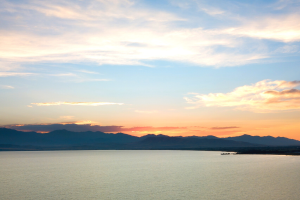 If you enjoy fishing in Utah’s lakes and rivers, you may be familiar with the June sucker, a species of fish that is native to Utah Lake and its tributaries. Recently, the June sucker has made news for achieving something only three other species of fish in the United States have ever achieved before: a proposal has been made to downlist the species from “endangered” status to “threatened” status.

At the beginning of December, the U.S. Fish and Wildlife Service announced that they intend to start the process of determining whether to officially downlist the status of the June sucker from endangered to threatened. In the 1990s, its population had been reduced drastically due to habitat loss and the introduction of other species to the lake, such as the carp. It was estimated that in the mid-’90s, there were only about 300 adult June suckers in existence.

Thanks to the conservation efforts of many state, local and federal partners such as the Utah Department of Natural Resources and the U.S. Fish and Wildlife Service, the June sucker is now on a healthy road to recovery. Today, there are several thousand adult June suckers in Utah Lake and the tributary rivers they use for spawning.

The species is important because they are considered an indicator species for the health of the Utah Lake and its tributaries. If the June sucker is doing better, that means the recovery efforts are having a positive impact. It means that the entire ecosystem is improving, for other fish species and of course, humans who enjoy spending time in the area.

Mike Mills, JSRIP Coordinator of the Central Utah Water Conservancy District is pleased to see this native fish species prosper again. “The district does a lot for the June sucker, but one of the big things we do is manage the flow of the Provo River and Hobble Creek specifically. Our team has been able to deliver water and implement recovery actions that stopped the species from declining further. They have really helped to stabilize the habitat and support successful spawning.”

It’s important to note that at this point, it is only a proposed rule. The U.S. Fish and Wildlife Service has 12 months to decide whether to officially move forward with the downlisting or to keep the species on the endangered list. Mike Mills is patiently waiting to hear the final decision. “We were really excited about this because we’ve been working on trying to recover the June sucker for so long and we’ve been seeing the positive results of our recovery actions. We respect the process, but we’re certainly eager to celebrate.”

Do you have any experience with the June sucker? We’d love to hear your stories over on our LinkedIn page!