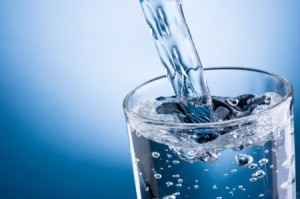 Off the top of his head, Gerard Yates can’t say for sure whose drinking water was named the best in the country at the national American Water Works Association conference earlier this summer.

There was so much going on in Philadelphia, addressing other water issues and checking out the latest and greatest in new technology, said Central Utah Water Conservancy District’s water quality treatment manager, that he didn’t really have time to check out the competition they chose to skip this year. The district became a finalist when its drinking water won Best-of-Show at the Intermountain Regional conference in September 2016.

“It would have been nice (to take home top honors),” Yates admitted. But because of a banner year for spring run-off, with many reservoirs filling, there was no need to turn on Well #12, where the winning water was drawn.

To do so for the sole purpose of entering the national competition would have cost the district about $5,000.

“It was an easy decision,” said Bill Peatross, manager of the CUWCD’s Central Water Project. “It would be irresponsible to do it for the contest alone.”

There’s no doubt, to borrow a phrase from the late, great Marlon Brando, that they coulda been a contender. But the good news to come out of it all – beyond saving the district $5,000 – is that the new CWP Vineyard Well-field Collector Pipeline Project will drill three new wells, all drawing from the same award-winning aquifer. Click here to view the project’s website, www.thewellsatvineyard.com.

The area is quickly growing, creating more need for water resources, and the bulk of the water produced will benefit communities miles and miles away, Peatross said.

While it’s still a year and a half out of construction, said Public Outreach Coordinator Monica Hoyt, the district is now accepting bids on the project with plans to include contractors in the planning stages, coming up with ways to minimize impact and save money.

The public can learn more about the project during the open house Sept. 16 at the Don A. Christiansen Regional Water Treatment Plant.

A new water year begins Oct. 1, with many wondering if the district foresees another record snowfall this winter.

“Your crystal ball is as good as mine,” Peatross said, laughing. “We’ll know better by the first of January what we’re looking at but there’s a ton of factors that can change things before the spring run-off.”

And Yates is ready to put the district’s water up against the best of them in future AWWA competitions, “as long as we have a well ready and can get a sample,” he said.