Salt Lake City is back in the record books 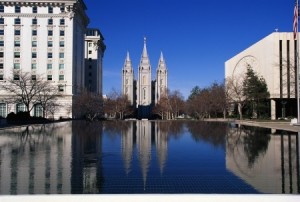 As of September 30, the 2018-2019 water year is officially over. In Utah, the water year runs from October 1 through September 30, and over that period of time, we’ve seen some pretty surprising things!

Now that the numbers are in, we can safely say that this has been a record-setting year for Salt Lake City. In fact, March, April, and May each saw more than three inches of rain, and the first five months of the year were the wettest on record… at least since records started being kept in 1874.

So what does all of this mean? Well, one thing we can be sure of is the drought concerns that plagued the city last year are in the rear view window for now. Governor Herbert’s “State of Emergency” order — which was declared last October when 99% of the state was experiencing at least moderate drought — has been removed for the Wasatch Front and most of Western Utah.

The average amount of precipitation the area sees in a water year is just over 16 inches but in 2018-2019, Salt Lake City received 21.65 inches.

Unfortunately, those in Southeast Utah and the Arizona Strip are not in the clear yet. As of the writing of this post, the area has not seen any measurable precipitation in over 100 days, and faces drought conditions. In fact, they’re experiencing their second driest period on record.

We’ll be keeping an eye on these numbers, especially on the drought in the southern part of the state. Watch our social media pages for updates related to these weather conditions and all water-related news that impacts your life.