Save the June sucker 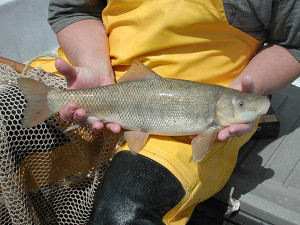 Utah Lake is back in the news again. This time, it’s because a community is coming together to keep it algae-free and open to the hundreds of people who enjoy its beaches.

Their efforts can only mean good things to come for its wildlife, including the endangered June sucker, which is named for its peak spawning season.

For centuries, the brownish-gray fish only found in Utah Lake and the Provo River fed the families that settled near the water’s banks. As the region’s population grew, so did its dependence on fishing, which nearly depleted supplies of the fish.

The documentary titled “Utah Lake Legacy” captures the history well and documents the water contamination that continued into the 20th century. Ultimately, the introduction of other species, many of which fed on the June sucker’s larvae, left fewer than 1,000 fish living in the wild in 1986, according to the U.S. Fish and Wildlife Service. A year later, the wild spawning population fell to between 311 and 515.

A community effort, the June Sucker Recovery Implementation Program, has brought numbers up since then, though the fish will remain on the endangered list until they are actively reproducing on their own.

In the meantime, here are a few things we’re doing to continue its growth: