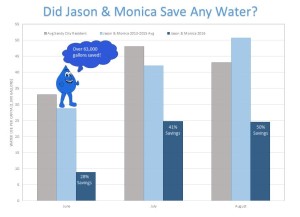 Accidental Conservationists Jason and Monica were pleasantly surprised recently when their water bill arrived. It showed the new amount for their level-pay arrangement. Their monthly bill had dropped by $30!

“That’s enough to pay back the $300 we invested in our sprinkler system in 10 months,” Monica said. She credits the EPA WaterSense-labeled sprinkler controller and the needed updates to their existing system for the payment drop.

In earlier blog posts—“Meet the Accidental Conservationists” and “The Accidental Conservationists, Part II”—Jason and Monica told how they took advantage of the Central Utah Water Conservancy District’s rebate plan to purchase the sprinkler controller, which promptly killed their lawn. It was like putting a Tesla engine into a Model T and expecting it to drive like a luxury car, Monica explained. With the help of their local home-improvement store, they made the necessary adjustments. To mangle a popular idiom, the proof is in the billing.

EPA WaterSense-labeled sprinkler controllers are still on store shelves. If you’re as lucky as our happy Accidental Conservationists, it won’t be long before your savings pay off. 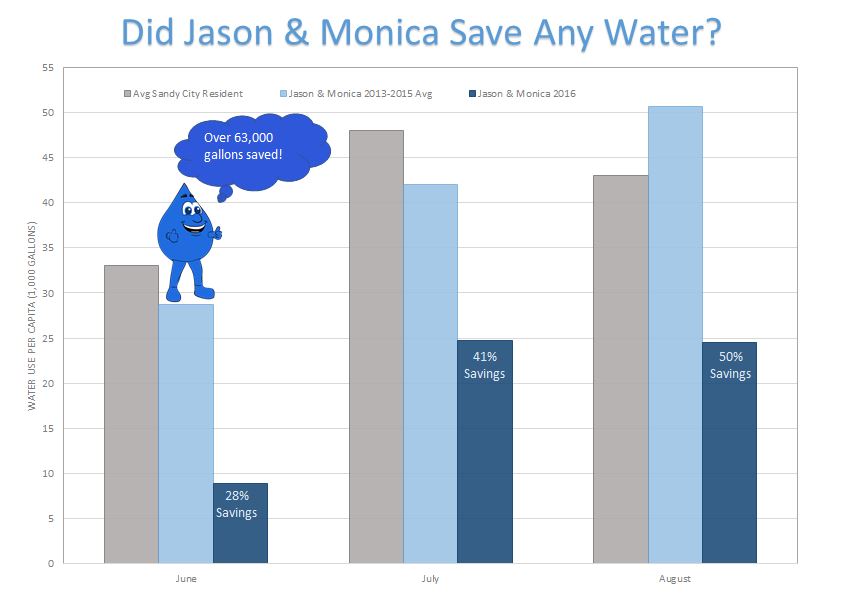